How can I make my device start signage on device boot?

With both the "immediate start" and "auto launch on boot" settings are ON, you can make your device start signage on device boot.

Note that "auto launch on boot" is a premium feature and requires an enterprise license.

If your device is Android 9 or older, you do not need to care about the permission. 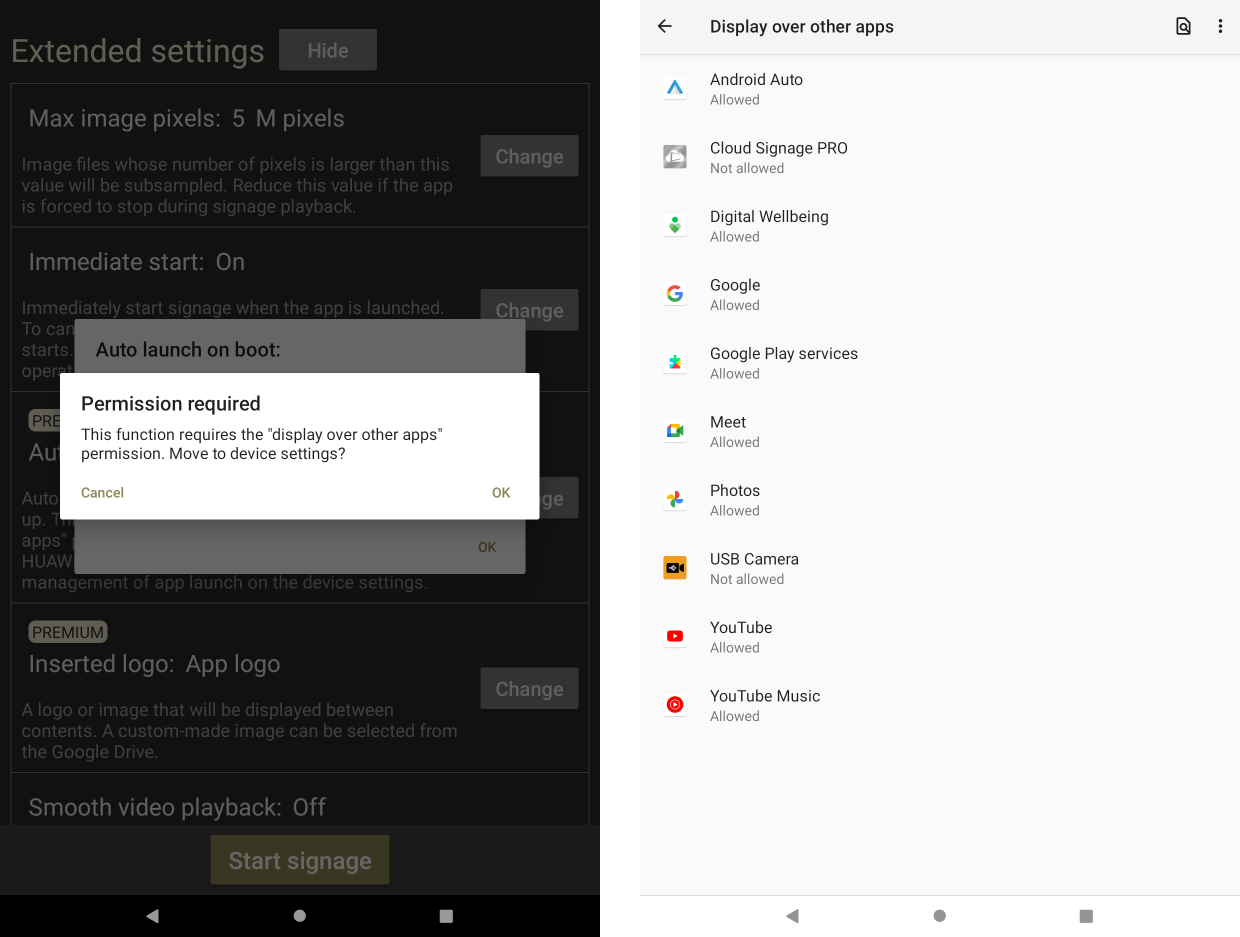 Android TV 10 requires the "display over other apps" permission but does not have this setting on the device settings. This case has been confirmed by Google, but Google decided to set the status as "Won't fix" in order to prioritize their development resources for Android TV 11+.

Fortunately, this setting is implemented internally. By following steps as instructed by this YouTube video, you can allow the "display over other apps" permission on Android TV 10.

The tools can be found here.

The command is like this where "192.168.X.X" should be replaced with your device's IP address.

The command is as follows.

Special case on some HUAWEI devices

Some HUAWEI devices employ EMUI, which is a customized Android-based OS.

This setting can be done by "Settings" -> "Battery" -> "App launch" -> "Disable automatic management".

Google Drive is a trademark of Google LLC. Use of this trademark is subject to Google Permissions.